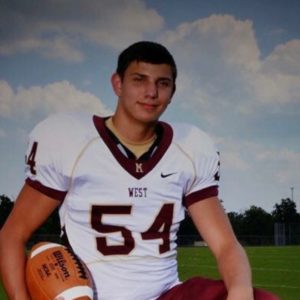 Tavin Scott Parker, 17, went to be with The Lord on July 5, 2015. Tavin was driving home one Sunday morning from a friend’s house with two of his friends. No one was wearing their seat belts, and he was unfamiliar with the road, while also going over the speed limit. The road appeared to go straight but there is a curve, and he over-corrected and lost control. The vehicle flipped and he and the friend in the front seat were ejected. The other person rolled around in the vehicle. The two young ladies miraculously survived but sadly, Tavin did not. His death was immediate. ​”Tavin was a great son. Very respectful and always helping us with anything. He loved to play pranks on us and joke around. I miss our talks and him asking for advice about anything and everything. He was a true and loyal friend and a friend to EVERYONE. Always willing to help a friend out, and a hard worker! He was #54 on the Magnolia West Mustang Football Team and loved being a part of the Mustang family.” – Felicia Parker