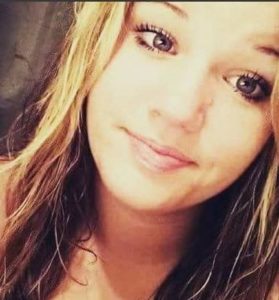 Katlyn Fowler “Kadi Bug”, 17, went to be with The Lord on October 25, 2016 after being involved in a one-car crash in Troy, TX. Katlyn was a passenger of the vehicle and was not wearing her seat belt. The driver came around a curve too quickly, hit a concrete barrier, and the car began to flip. Katlyn was ejected from the car and killed on impact. The driver was wearing her seat belt and survived with minor cuts and bruises. Just like Kailee’s accident they were less than a mile from home. The driver mentioned that Katlyn said she was not going to wear her seat belt because they were just around the corner. Sadly this is a very common mistake, and we urge you to let this be a reminder to ALWAYS wear your seat belt no matter how close you are to your destination. Katlyn had her whole life in front of her. Together we can carry on her legacy by changing our habits and protecting ourselves and loved ones! #BuckleUp4Katlyn #KaileesAngels Christine Mercer