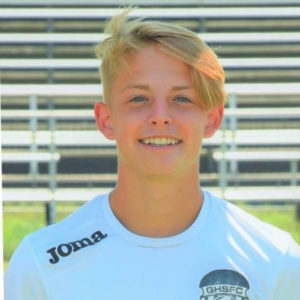 David Waag, 17, along with his friend Connor Williams, 15, were both welcomed home by The Lord in August of 2017. They were both Clark County high school athletes in Springfield, Ohio and full of life and happiness! Both were riding in the backseat, when the car drifted off the road, over corrected and hit two trees. Like so many of us, they were not wearing their seat belts in the backseat. The two in the front seat were wearing their seat belts and survived.

David was a friend to everyone. He was elected the “Everybody’s Buddy” award just two weeks before the crash. He was the self-described “life of the party” and had a smile that would light up a room. Beginning at 5 years old, he was an avid soccer player earning his varsity letter when he was just a freshman in high school. “He lived every day to the fullest and would accomplish anything he set his mind to.” – Aryn, David’s mom